The Used Music Extravaganza on November 13th was a big success! About 30 chapter members and friends attended, finding treasures of organ music, books, CDs, and LPs. How wonderful it was to catch up with each other! There were lots of smiles, laughter, and even some organ playing.

This collection has approximately doubled since the pandemic, due to a large donation from the estate of Robert Wells and several other significant contributions. Thanks go to Joan Pearson, Donna Tallman, Chris Uhl, and Jim Slingerlands for spending many hours sorting and organizing, and to Brad Day for his help preparing for the sale and for housing the collection at his Allen Organ Studios in Delmar.

The proceeds of the sale, $200, will be earmarked for scholarships. 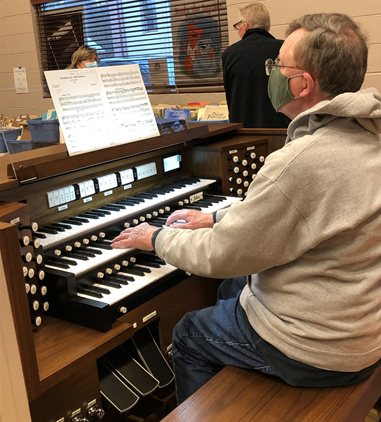 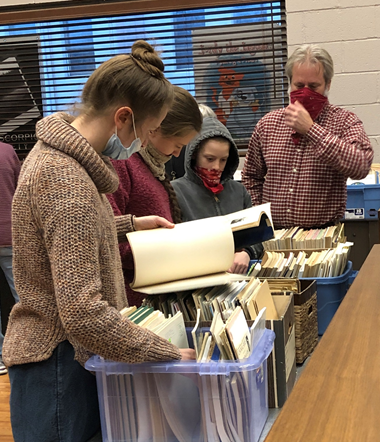 Picnic and Concert at Meta Organworks

Members of the Binghamton Chapter joined members of the Eastern NY Chapter for a “Picnic and Organ Concert on the Lawn” at Daniel Lemieux’s Meta Organworks Studio in Argyle, NY.  The concert featured the latest Meta Virtual Pipe Organ which will be installed in the newly constructed 1,000 seat concert hall at the Indian Hill Music School (Groton, MA) in 2022.  The organ consists of 12 Sample sets of exciting pipe organs from around the world, 41,600 Watts and 42 speaker cabinets.

Despite Mother Nature’s gift of rain during the concert, everyone had a great time listening to some wonderful organ music, meeting and talking with other chapter members.

THANK YOU to our hosts, Dan & Melissa Lemieux and family!

For more information, including a recording of the concert, go to: